All the Restaurants of Napa Valley – John Donohue

From August 6 through October 2 in the History Gallery, a display of the distinctive sketches of the artist John Donohue.

Donohue draws in ink and from life, meaning he stands in front of a place and makes no corrections. He finishes all drawings in his signature one-color style, often embellished with one distinctive accent color taken from an awning or design element of the restaurant, and sells signed, limited edition prints. Sales of his works have often benefited restaurant workers and other charities.

See the collected works he created in the Napa Valley on display, and purchase prints to celebrate your own memories of great nights of fine dining, Napa Style. A portion of proceeds of print sales and auctioned works have been generously donated by the artist to benefit the Museum’s arts education programs.

John Donohue began creating whimsical drawings of New York City restaurant facades in 2017.  Since then, he has completed hundreds of illustrations, many of them posted on his website: alltherestaurants.com. He has also penned two books collecting images of his works: All The Restaurants in New York City (Abrams, 2019) and A Table in Paris (Abrams, 2021). HIs first book Man with a Pan was a New York Times bestseller, in 2011. He lives with his family in Brooklyn and draws at least twice a day.

Special thanks to Janet Herrero, Visit Napa Valley and the Yountville Chamber of Commerce for their generous support of this exhibition. 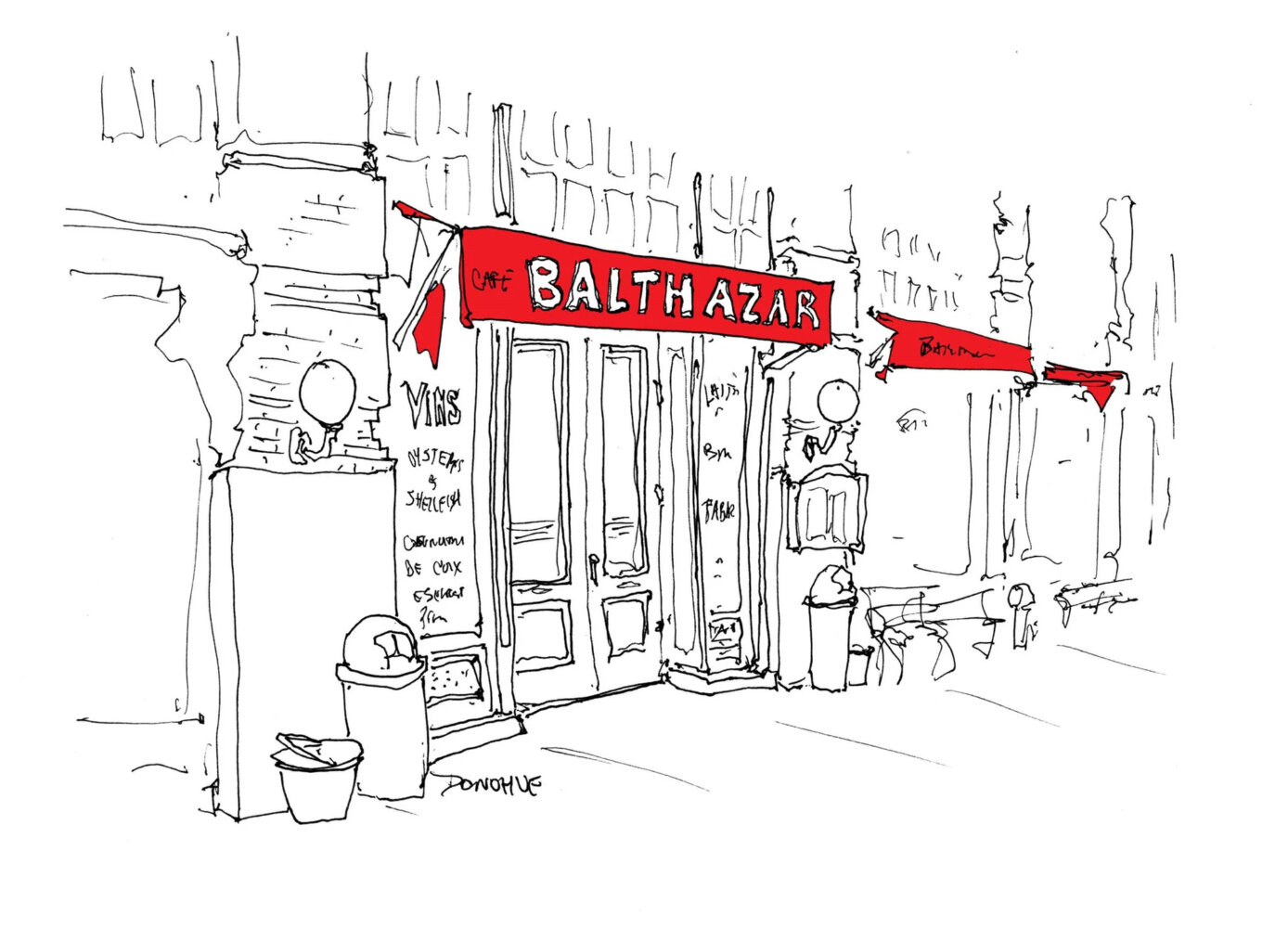