Museum Admission is $15: Adult (age 18-64); $7.50: Seniors (65+) and Kids under 18. Admission is Free for Museum Members, residents of the California Veterans Home and Active Duty Military. Admission to the Spotlight and History Galleries is included with Main Gallery admission.

Juanita Guccione (1904-1999) is one of the great forgotten figures of modern art. Born Anita Rice in Chelsea, Massachusetts, Guccione’s legacy has been clouded by her multiple name changes, radical spirit, and status as a woman in the male-dominated world of twentieth-century art. After a childhood in Massachusetts and Brooklyn, Guccione worked as a fashion model in New York City while developing her skills as a painter. In 1931 she traveled to France to study art, then across southern Europe and into Egypt, eventually settling in Algeria. While there, living in an artists’ colony and traveling among Bedouin nomads in the Sahara, she produced a diverse oeuvre of portraits and landscapes that would, in 1935, constitute her first gallery show at the Brooklyn Museum, hung alongside works by then-unknowns Jackson Pollock and Mark Rothko. After the birth of her son in 1934, Guccione returned to New York City to produce new and complicated work, influenced by a wide range of artistic movements but consistently infused with her own indefinable and audacious spirit.

Throughout the rest of her life, Guccione’s work continued to evolve and to elude the interpretations of critics worldwide – ultimately to her peril, as her name and art fell into relative obscurity. This retrospective exhibition is the world premiere of the artist’s oeuvre and will be concluded by a two-day conference on rediscovering women in the arts, featuring the authors of a forthcoming book on Guccione – Gloria Orenstein, Ilene Susan Fort, Susan Aberth and Tabitha Morgan.

The art critic Michael Welzenbach of the Washington Post writes that Guccione’s “single-minded approach to her work, [her] willingness to follow its development wherever that might lead…locates [her] squarely among the few but formidable ranks of the modernist avant-garde – a group whose integrity and vision will not be seen again in this century.” 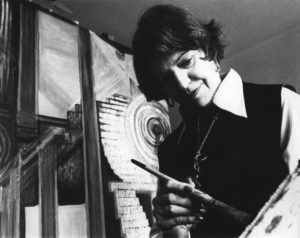 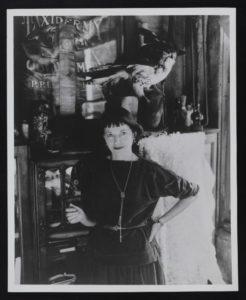