NEW: Copies of the book “Six California Kitchens” are now available in the Museum Store to benefit the Museum!

On exhibition in our Spotlight Gallery from July 14 through October 2, 2022 (dates subject to change):
Sally Schmitt: Six California Kitchens

(photo of Don & Sally Schmitt courtesy of the Schmitt Family)

Explore the life and legacy of acclaimed Yountville chef Sally Schmitt, a pioneer of California cuisine who with husband Don founded the iconic restaurant The French Laundry.  Sally Schmitt started a culinary movement built on seasonal local ingredients, inspiring generations of chefs and helping to solidify Napa Valley’s reputation as a food-and-wine destination. Yountville’s The French Laundry was founded by the Schmitts in 1978, and was sold to chef Thomas Keller in 1994. As Keller wrote in the foreword to her memoir and cookbook “Six California Kitchens: A Collection of Recipes, Stories, and Cooking Lessons From a Pioneer of California Cuisine”:

“Kind and generous, forthright, and unpretentious … A culinary pioneer but also a throwback, preparing dishes that evoked the most delicious versions of your favorite childhood meals. That is the Sally we all came to know.”
– Thomas Keller

The exhibit includes rare photos of Sally in her kitchens and with her family, and include tributes by those she influenced and delighted with her culinary creations.  Her “Six California Kitchens” was published a few weeks before her passing in March of 2022 at age 90.

Based in part on the book:
Six California Kitchens: A Collection of Recipes, Stories, and Cooking Lessons from a Pioneer of California Cuisine

Presented thanks to the generous support of the following:
Byron Hoffman and the Schmitt Family

Friends of the Schmitt Family, including:

And the Trustees, Members & Supporters of the Napa Valley Museum Yountville 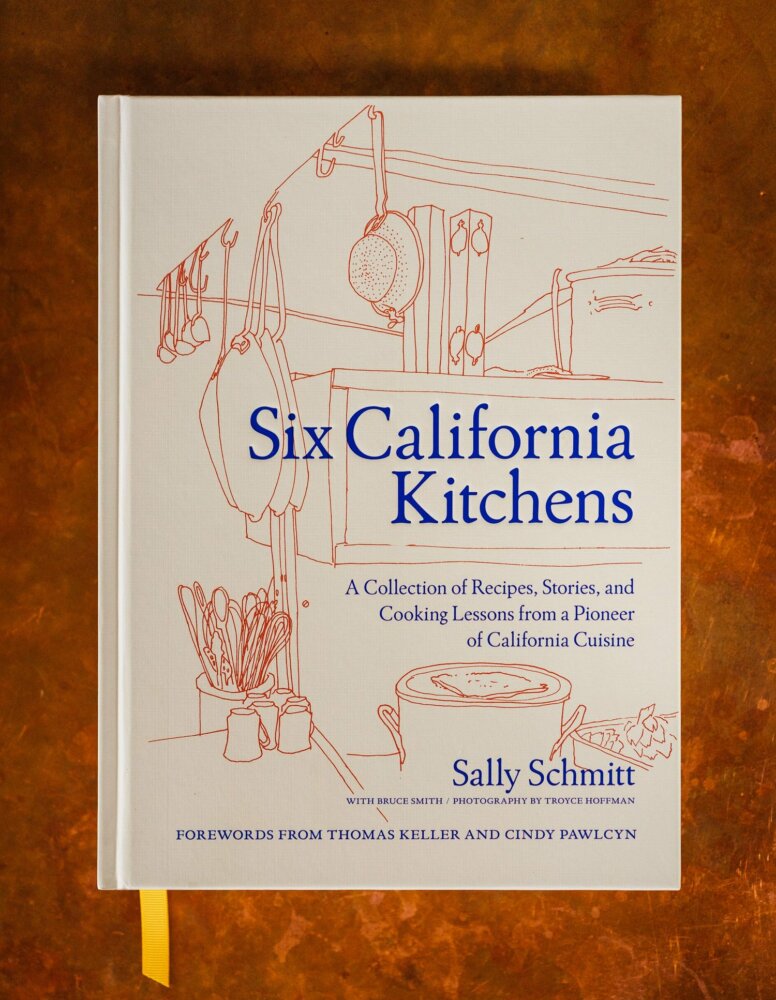